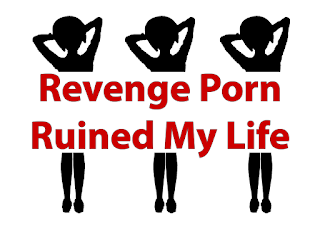 Detectives from the Los Angeles Police Department West Valley Division, Sex Crimes Unit detectives have arrested 32-year-old Sergio Ortiz. He was arrested for 647(j)4 A of the Penal Code - Distribute Private Image of Intimate Body Part(s) of Another. Detectives are asking for the public's help in locating additional individuals who may have been victims of Sergio Ortiz.

Joanne Fitton, 39, had a brief relationship with Andrew Scott, 39, and after breaking up she quit after a topless photograph of her was sent to school governors by a man she met on an internet dating site.

David K. Elam II was charged with stalking, aggravated identity theft, and unauthorized access to the computer of the woman, whom he had met through an online dating service. K&L Gates legal firm suit seeks money damages, asserting that he infringed on the woman's right to keep the sexually explicit videos private under federal copyright law.

In 2004, New Jersey passed the nation's first such legislation. The statute makes it a crime for a person who knows "that he is not licensed or privileged to do so" to nonetheless disclose "any photograph, film, videotape, recording or any other reproduction of the image of another person whose intimate parts are exposed or who is engaged in an act of sexual penetration or sexual contact, unless that person has consented to such disclosure." 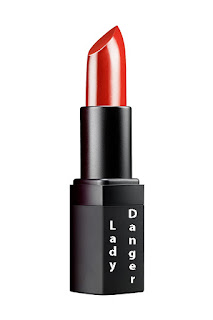 In 2014, Mary Anne Franks, a University of Miami law professor who has advocated for revenge-porn laws, was repeatedly attacked by online trolls. Goldberg, in a show of support, sent her a lipstick with the name Lady Danger. Franks said "She included a card where she'd written, 'This is what I wear when I want to feel like a warrior.'

Several years ago, Goldberg was harassed by a vengeful ex. At the time, she was working as the director of legal services at the Vera Institute, a criminal-justice nonprofit in Manhattan. The ex threatened to send intimate pictures she'd given him to her professional colleagues. "I stand before you as a lawyer but also as somebody's target," Goldberg said recently, in a speech that she gave at a conference on domestic abuse, in Albany. "When I went to the police, they told me it was not a criminal issue." She'd been frightened and embarrassed, and after the ex was served with a restraining order-he did not disseminate the pictures-she decided to start her own firm. As she put it to me, "That way, I could be the lawyer I'd needed."

The act of posting or distributing nude pictures or videos without the consent of the other party with the intention of humiliating them, ruin their reputation, or to blackmail them is a serious and legal problem affecting children and adults.  Often the shame is too much to bear and sometimes has tragic results, especially for children.  We accept the reality that consenting adults may be reckless to the extent of recording their intimacy for their own pleasure, but it is wrong for one of them to then use that to humiliate or blackmail the other partner.  Everyone, including Catholic priests, could be victims of this cyber crime due to technology.  If you are one of these victims, dish some attitude back, and hold them accountable. Abusers are just one click away from jail.
Posted by iamerika at 5:01:00 PM
Email ThisBlogThis!Share to TwitterShare to FacebookShare to Pinterest
Labels: crime, cybercrime, danger, dating, franks, goddess warrior, goldberg, law, laws, revenge, revenge porn
Newer Posts Older Posts Home
Subscribe to: Posts (Atom)